This is the press release for the publication of my next two books: 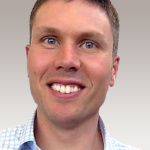 Australian lawyer and writer Sean Kikkert, having written three contemporary young adult thrillers, had long wanted to write a supernatural thriller set in medieval times. With the story titled “Night of the Wolf,” he fused a number of things he loved: thrillers, history, folklore and mythology.

Although the manuscript comes in short for novels WiDo™ typically publishes at under 40K words, every scene packs a punch with no wasted words.

Managing Editor Karen Gowen has this to say about Kikkert’s work: “Sean’s writing is captivating. He has a young voice, very relatable to contemporary teen readers and enjoyable to adults as well. It was an easy decision to say yes to this submission.”

Surprising, on the heels of finishing up with the contract for his first manuscript, Kikkert submitted a second. This one a YA novel about sister missionaries serving in Australia. Besides being a realistic and inspirational story, it’s also a thrilling mystery. “This was super hard to put down, with questions coming up on every page leading from one surprising plot point to the next,” said Gowen about the manuscript. “And Sean did an amazing job of writing from the point of view of the young female protagonist.”

Sean Kikkert has an eclectic taste in books. “I read anything that isn’t nailed down,” he states. “While I do read a lot of young adult thrillers, I also read most other genres, as well as nineteenth century literature, classical literature, folklore and mythology. I love visiting thrift stores and buying out-of-print young adult books from the ’70s, ’80s and ’90s.”

How does a busy lawyer with his own practice and a father of five find time for writing so many books? “For me, the key is consistency,” he explains. “I need to force myself to write whenever I have spare time in order to get anything accomplished. I believe the habit of writing consistently is more important for a writer than any other habit.”

Kikkert is currently working on his fifth book, a historical thriller set during the regency period.

Sean Kikkert was born in Adelaide, South Australia. He spent the early part of his childhood in the Netherlands, where his father worked as a scientist, before returning to Australia. As a teenager, Sean loved to stay up late reading thrillers. Sean earned a honors bachelor’s degree before completing a law degree with honors at the University of Adelaide. He married his wife Elizabeth in the Sydney Australia Temple, and they are the parents of five children.

Sean’s first job after becoming a lawyer brought him and his family to Canberra, Australia’s capital city. Sean spent the following decade working as a government lawyer before opening his own law practice. A gifted advocate, Sean has travelled throughout Australia to appear at hearings. But once the working day is over, Sean writes thrillers that keep young people up at night, just as he was kept up late all those years ago. More about the author at https://www.seankikkert.com/

"Night of the Wolf" will be published shortly.
34 views0 comments

Review of "The Highwayman's Confession"